However shocking our reality may be, sometimes you have to face it. By censoring a news article about the horrific war in Yemen, Facebook completely disqualifies itself as a platform for public debate.

This story should be heard

“Chest heaving and eyes fluttering, the 3-year-old boy lay silently on a hospital bed in the highland town of Hajjah, a bag of bones fighting for breath.” This is the first sentence of an articleIf you have time for one article only, let it be "The Tragedy of Saudi Arabia's War" by The New York Times about the war in Yemen. But the article actually starts with an image. Below the headline and above this first paragraph a picture of the seven-year-old Amal Hussain fills the screen. The picture is harrowing.

The article tells of the horrors of the unimaginable disaster that is taking place in Yemen. The United Nations is about to officially speak of famine. That would be the third time in 20 years. This story should be told and heard, no matter how painful it may be.

Facebook censors the suffering of children under the guise of nudity or sex.

That was also the opinion of freelance journalist Shady Grove Oliver. She operates from remote locations in the American state of Alaska, where Facebook is the main communication platform"Facebook is one of the main communication platforms used in the places I cover, so I rely on it.". She shared the article of The New York Times with her followers on Facebook. Soon the post was censored"So, first I shared this @nytimes article. It was censored for going against community standards." because it was supposedly in violation of Facebook's Community Standards. Why? The photo accompanying the newspaper article supposedly contained "nudity or sexual activity".

The journalist pointed out this shameful mistake to Facebook, but the company stuck to its decision. Persevering, Grove Oliver asked for a review by a human being. Then, in a message to Facebook, she referred to an articleWhy We Are Publishing Haunting Photos of Emaciated Yemeni Children by the editors of The New York Times in which the newspaper accounts for its decision to confront readers with the shocking images. Facebook still refused to reconsider its decision. In fact, it went even further and blocked Grove Oliver's entire accountGrover Oliver announcing the blocking of her entire account. Only many hours later the account and the posts were shown again. 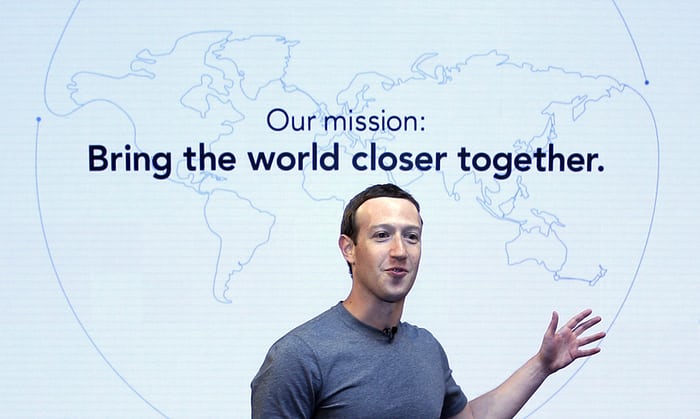 On the same day as the article, the New York Times published an extensive piece in which the newspaper explains why it made the difficult decision to publish these photographs. "This is our job as journalists: to bear to give voice to those who are otherwise abandoned, victimized and forgotten." This stands in stark contrast to the way Facebook dealt with this important story. Firstly, Facebook's content moderation policy is apparently so blunt that it confuses photos of emaciated children with "nudity or sexual activity". Please excuse our harsh language, but it is an honest reflection of what is happening at Facebook.

Secondly the journalist, once Facebook realizes its mistake, receives the usual clumsy fauxpologies from the company. Seven times"Clicked through a total of 7 apology messages from @facebook." Facebook apologizes. The apologies are shown in a screen entitled "Warning", followed by a text indicating that Grove Oliver must confirm that she "understood". No explanation about how it is possible that this happened, how bad Facebook thinks this is, or what it learned from this. And, yes, what happened next is unfortunately no surprise: a few hours later another of Grover Oliver's posts was censored"I just got the notification that 1 of them now violates community standards again.". What a mess.

This story should be told and heard, no matter how painful it may be.

It is not the photos of these children that are shocking, but what is happening to these these children in Yemen. And we must be confronted with that story. However painful it may be, we should not look away from it en masse. Reality is often harsh. It is not bad at all that we are confronted with it from time to time. It is not bad at all that it sometimes makes us feel a little queasy. That confrontation, that queasy feeling, are sometimes the driving force behind change. It is not for nothing that The New York Times writes: "we are asking you to look."

Facebook's mission is "[to bring] the world closer togetherThe slogan is prominently featured on Facebook's Twitter account." But how do we get closer to each other as long as we are not allowed to see the suffering of others? When images of children who are victims of a horrible war are simply brushed away? Don't these children belong to "the world" Facebook has in mind? And why do we still have faith in a company that cannot distinguish famine from sex? Or indeed: that it might not even want to?

Once again Facebook has completely disqualified itself as a place for public debate. With its dominant position, the company stands in the way of a critical view of the atrocities of our time. We urgently need to review how we want to communicate with each other.

This article was translated from Dutch to English by Martin van Veen. Thank you Martin!