Credits:
Screenshot: Women on Web - How to use abortion pills

In January 2018, pro-choice organisation Women on Waves receives a message stating it has violated YouTube's "community guidelines" and therefore its account has been taken down. The account of Women on Web, Women on Waves’ sister organisation, is suspended too. No specifics are offered, but they are no longer able to access their account or the content on it. They appeal through YouTube’s appeal mechanism, but nothing happens. They subsequently issue a press release"YouTube censors livesaving abortion information" which proves more effective: their accounts are reinstated.

Fast forward to April. Since the reinstatement of its account in January, Women on Waves hasn’t uploaded any new material. Yet their account is suspended again and for the same reason. Just like that, Women on Waves’ videos, available in a dozen different languages, are no longer accessible to people searching for reliable medical information on safe abortion. In Europe this couldn’t have come at a more inconvenient time, namely thirty days before Ireland’s abortion referendum.

Women on Waves’ suspension doesn’t go unnoticed. Where in January it was a press release that leads to the reinstatement of their accounts, in April it seems to be a number of tweetsLike this one... directed at YouTube and YouTube CEO Susan Wojcicki that cause YouTube to act. The result is the same: YouTube re-reviews the account and concludes Women on Waves isn’t in violation of its community guidelines. The account is put back online and along with it Women on Web's account.

Sadly, a month later the same thing happens again: on June 15, one of Women on Web’s videos is taken down and soon the entire account follows. On June 16, Women on Web appeals the take-down – this is denied on June 18. Two days later, after we reach out to YouTube Netherlands, Women on Web receives a message informing them their account is being reinstated after all.

All sounds a bit tedious? We agree. Together with Women on Waves and Women on Web, we got in touch with YouTube Netherlands last May. We asked if they would share why and how the accounts were flagged, and how the decision was made to put them back online. We were told this is internal information that can’t be made public. Further probing was met with more deflection: YouTube takes down so much content each day, mistakes are bound to be made. Soit.

YouTube’s mission is “to give everyone a voice”. It doesn’t hesitate to rob you of it, too.

Of course, YouTube isn’t the open internet. As a company, it decides what content is allowed and what isn’t. We’ve seen numerous examples of this, from its efforts to pushYouTube recommendations certain types of content or accounts, to the "concealing"YouTube's Restricted Mode Is Hiding Some LGBT Content [Update] of LGBTQ+-related videos. And from the forced monetization"YouTube Blocks Blender Videos Worldwide" of some accounts, to the demonetizing"YouTube tightens rules around what channels can be monetized" of other, "unfavorable", ones. But as we've seen, the company doesn't even always know itself what it finds unfavorable, so how are users supposed to anticipate its rulings? YouTube's mission is "to give everyone a voice"; it doesn't hesitate to rob you of it, either.

This whimsical decision making might be considered cute, if YouTube didn't hold so much power. Because as it stands, YouTube is the one website people visit to search for video content. This position of power is reinforced by the fact that in many countries YouTube and telecom providers have struck deals to offer you traffic to youtube.com "free of charge". And don’t forget: in many countries visiting youtube.com is a lot safer than visiting womenonwaves.org.Rebecca Gomperts talks about this and other thigns at the Chaos Communication Camp 2015. In other words, if you want your video content to be accessible, you need YouTube. 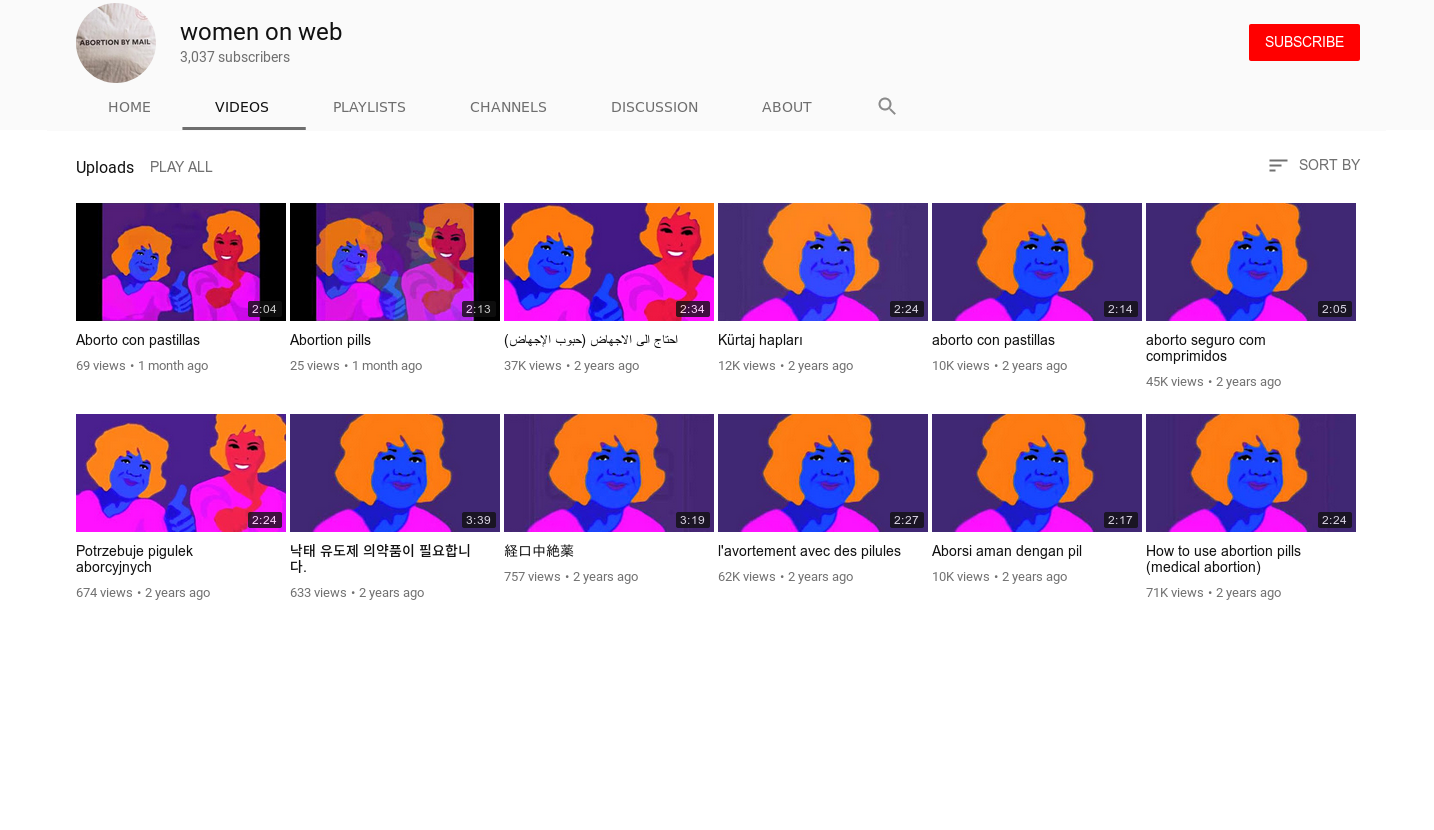 Women on Waves’ accounts have been suspended and subsequently reinstated three times this year. Not because of YouTube’s complaint procedure, but because Women on Waves has a network of journalists and high profile followers that could draw attention to the ban and force YouTube to act. This might have worked now, and it might have worked for Women on Waves, but it can’t, and shouldn’t, be relied on to work in every case and for everyone. As long as YouTube doesn't give more meaningful insight into their content moderation process, their users will remain on the sidelines.

If you don’t already have friends in high places (or at newspapers), start making them now – you’ll be needing them.

If you don’t already have friends in high places (or at newspapers), start making them now – you’ll be needing them.