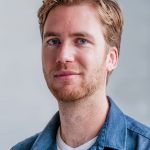 Last week LeaseWeb, a large international hosting provider based in The Netherlands, published its first transparency report. The report is a direct result of a campaign by Bits of Freedom calling for more transparency from online service providers about government data requests. We hope the report sets an example that will soon be followed by other companies, both in The Netherlands and internationally.

The LeaseWeb transparency report contains information about government requests for customer information, for forensic images and to remove content. It also states the number of child abuse notifications. Being based in Germany and the US as well, LeaseWeb also provides statistics for these countries. In following reports they promise to include additional information on the amount of requests they have turned down.

First result in a long campaign

Bits of Freedom has been trying to get information about government information requests out in the open for a long time. In addition to pushing for transparency via FOIA-requests, we turned to online service providers themselves for the information. We called on these companies to follow the example of Google, Twitter and more recently Microsoft and publish a transparency report. In letters sent to some of the largest Dutch online service providers we stressed their responsibility in handling the personal data of their customers.

With the publication of the first Dutch transparency report, the path is cleared. It’s reported that LeaseWeb consulted the Ministry of Safety and Justice before publishing the report. In a response the ministry stated to see no harm in the publication of aggregated data, as long as it’s not re-traceable to individual cases. This is an important shift in the position of the government. In 2006 the director of another hosting provider was still threatened with prosecution if he exposed the number of wiretaps placed with his customers. Bits of Freedom expects other companies to be encouraged by this development.

Full disclosure: Ocom, the parent company of LeaseWeb, is a sponsor of Bits of Freedom.