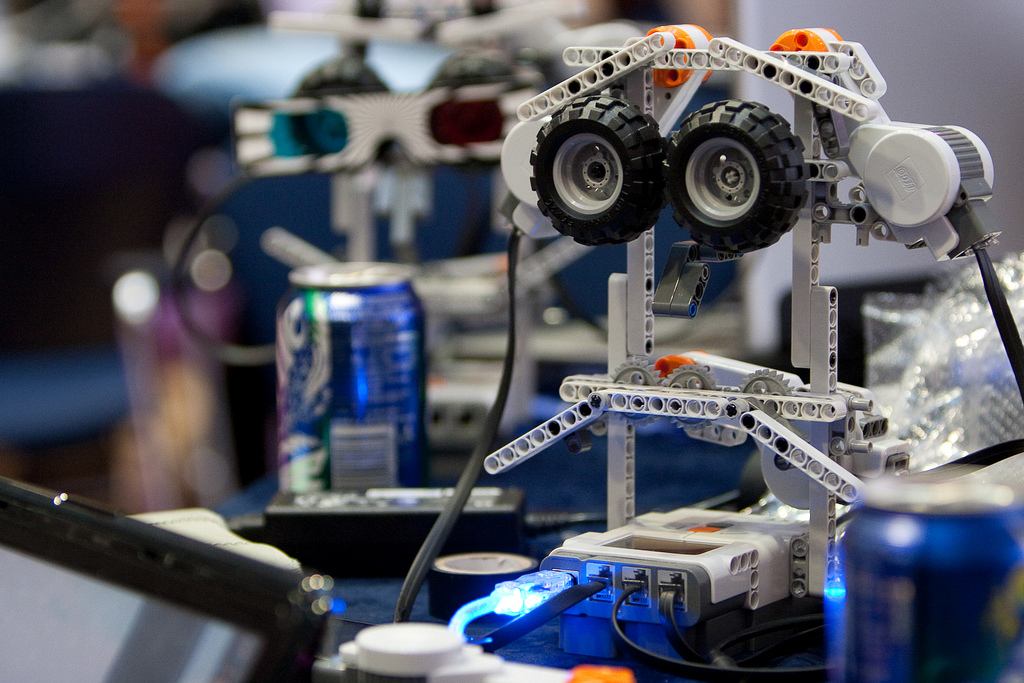 On November 23rd 2017 we were invited by V2_, Lab for the Unstable Media, to explore the topic of function creep. We wrote this column as an introduction to the evening.

“There’s an entire ecosystem of things and services that the smart home can deliver once you have a rich map of the home that the user has allowed to be shared.” Those are the words of the CEO of iRobot, Colin Angle. The maps he’s referring to aren’t maps people provide, but maps that have been created by their vacuum cleaners. I’m talking, of course, about the Roomba.

People weren’t thrilled to hear that their vacuum cleaners had been creating maps of their houses.De dag dat je stofzuiger cartograaf bleek te zijn. (Dutch) Or that iRobot, the company that makes the Roomba, plans, and may or may not have every right, to sell those maps to third parties."Roomba maker may share maps of users' homes with Google, Amazon or Apple." It’s one of many examples of our Internet of Things devices performing a variety of functions we're not aware of - or meaningfully consented to.

Our Internet of Things devices perform a variety of functions we’re not aware of – or meaningfully consented to.

You could argue people should know how the devices in their homes work. They should know that the simultaneous localisation and mapping technology the new Roomba’s use, means that the computer-vacuum cleaners create and store maps. You could argue people should read the terms of service they consent to. But in reality, many of our devices and our interactions with them are purposefully designed to hide these things from us. Our devices run on code that belongs to someone else, which we’re not allowed to see or modify. Our devices' interfaces are designed to be frictionless, intuitive, calm, to hide more than they reveal. Their terms of service are written to be all-encompassingly unreadable. We’ve created a situation in which it’s perfectly fine to not know what’s going on. These are circumstances under which function creep thrives.

Our devices’ interfaces are designed to be frictionless, intuitive, calm, to hide more than they reveal.

Function creep takes place at a much higher level as well, namely in our legal and technical infrastructure. There’s the recent example "Sharing of travel data violated students' privacy."of our public transport data being used not only to provide us with the best possible travel experience, but also to track down students who might be lying about their place of residence and receiving benefits they’re not entitled to. One of the most horrific examples I’ve heard comes from the UK. In 2003 the London police was stopping, searching and arresting peaceful activists who wanted to demonstrate outside of the annual arms fair. Liberty, a UK human rights group, found out that the police was basing itself on anti-terror legislation. The particular power they were calling on allowed a "chief constable to designate an ‘area’ - which was not defined or limited […]- for stop and search without suspicion if it was ‘expedient’ (not even ‘necessary’) for fighting terrorism. No parliamentary or judicial authorization was required.From "On Liberty" by Shami Chakrabarti. Read more at https://www.liberty-human-rights.org.uk” Guess what? Ever since that piece of legislation came into force in 2001, until its repeal in 2010, the whole of Greater London had been designated as such an area. In other words: if the infrastructure is there, be it technical or legal, it will be abused.

So now we’re in the era of big data, and the promise of big data relies on function creep. And so, more and more often, we’re confronted with something that might be best described as inverted function creep. We design systems to have the widest possible use, and we collect as much as we can under the broadest possible terms of service. We’re constructing an infrastructure of surveillance so advertisers can serve us ads that are .000 something percent better at manipulating us. The ending to this story isn’t going to be that advertisers get rich and we buy more stuff; the ending to this story is going to be that the internet becomes so broken we’ll cease to make full use of what is has to offer.

We’re constructing an infrastructure of surveillance so advertisers can serve us ads that are .000 something percent better at manipulating us.

"Large-scale data breaches, uncertainties about the use of our data, cybercrime and surveillance are eroding users’ trust and affecting how they use the Internet. Eroding trust is also affecting the way governments view the Internet, and, is shaping the policy environment for the Internet around the world."

Recently the media started reporting again on stories of people who claimed the Facebook-app on their phone was eavesdropping on them. The great podcast Reply AllReply All #109: Is Facebook Spying on You? set out to prove that this wasn’t the case. Facebook just simply has so much information on you that it can seem unnerving, it can feel like the only way they could possibly know certain things is by listening to you 24/7. And they do, just not in the way people think. What struck me most was that even when confronted with a plausible theory how Facebook could know certain things, people didn’t believe it. People have so little trust that convincing them Facebook isn’t doing something secretive, is impossible.

People have so little trust that convincing them Facebook isn’t doing something secretive, is impossible.

I want to leave you with one final thought. This definition of function creep has always struck me as an odd one, because there isn’t anything intrinsically bad in it. If we take function creep to mean “the gradual widening of the use of a technology or system beyond the purpose for which it was originally intended”, wouldn’t that mean a lot of innovation and artistic practice would qualify as function creep? Hackers and artists are constantly exploring the boundaries of what is possible. Taking the tools we have and using them in new contexts and novel ways. There is, of course, one obvious difference. In performing their own function creep artists and hackers often tease out the hidden structures and functions that underlie our devices and systems, drawing attention to them rather than obscuring them. The artists featured at V2's "Test_Lab" do just that. Explore their work through the websites below.