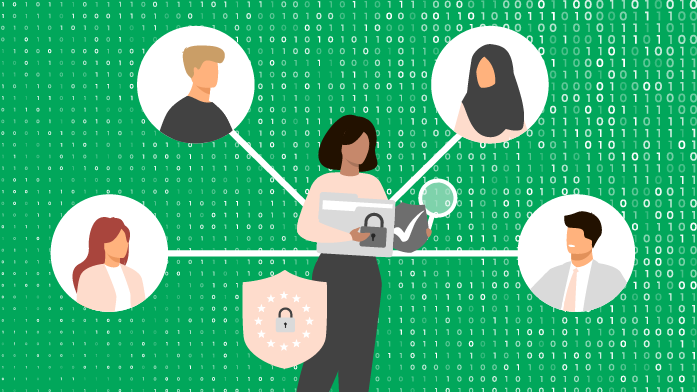 Bits of Freedom has done researchRead the report in Dutch here on the General Data Protection Regulation (GDPR)-compliance within the ten largest municipalities of the Netherlands. Unfortunately, most municipalities scored a failing grade, despite the fact that the GDPR has celebrated its fourth anniversary.

Four years ago on 25 May 2018, the GDPR came into force. It introduced more rules for organisations to ensure that they would be accountable for how they process personal data. The privacy law was also supposed to give people more say and control.

Bits of Freedom wondered how well the law works in practice. So, they decided to conduct research among municipalities. These are per-eminently the organisations that process many different and very sensitive personal data of citizens, often without citizens having a choice in the matter. Municipalities may and must process personal data because of a legal task or obligation.

Unfortunately, it appears that things are not going as well as we might have expected them to do, now four years in. Here are our key findings:

This creates the impression that responsible administrators and boards do not prioritise this sufficiently.

Although some municipalities don’t seem to be able to move ahead and year after year supervisors observe an unimproved situation in the reports, in other municipalities there is clearly an upward trend. The municipality of Rotterdam, for example, shows that advice from the DPO is well followed, which means that it is becoming increasingly compliant with the GDPR.

In the municipality of Utrecht, a project team started in time in 2016 to prepare for the GDPR. They were one of the first municipalities to publish the processing register on their website. After the regulator indicated that the access requests were not going well enough and there was not enough capacity, action was taken to improve that. The municipality of Utrecht scores the highest on the components we’ve investigated. That seems to be because the subject is taken seriously and sufficient time and resources are made available to protect the rights of citizens.

This is something other municipalities can learn from. The protection of personal data is a core task for municipalities. You do not cut back on that and you do not ignore advice on the subject.

In the report, we also make a number of recommendations that municipalities can follow in order to comply with the GDPR. These include continuously mapping out the processes involving personal data within the municipality, stricter controls by the municipal council and calling a halt to ‘exciting’ pilots and experiments until the basis is in order.