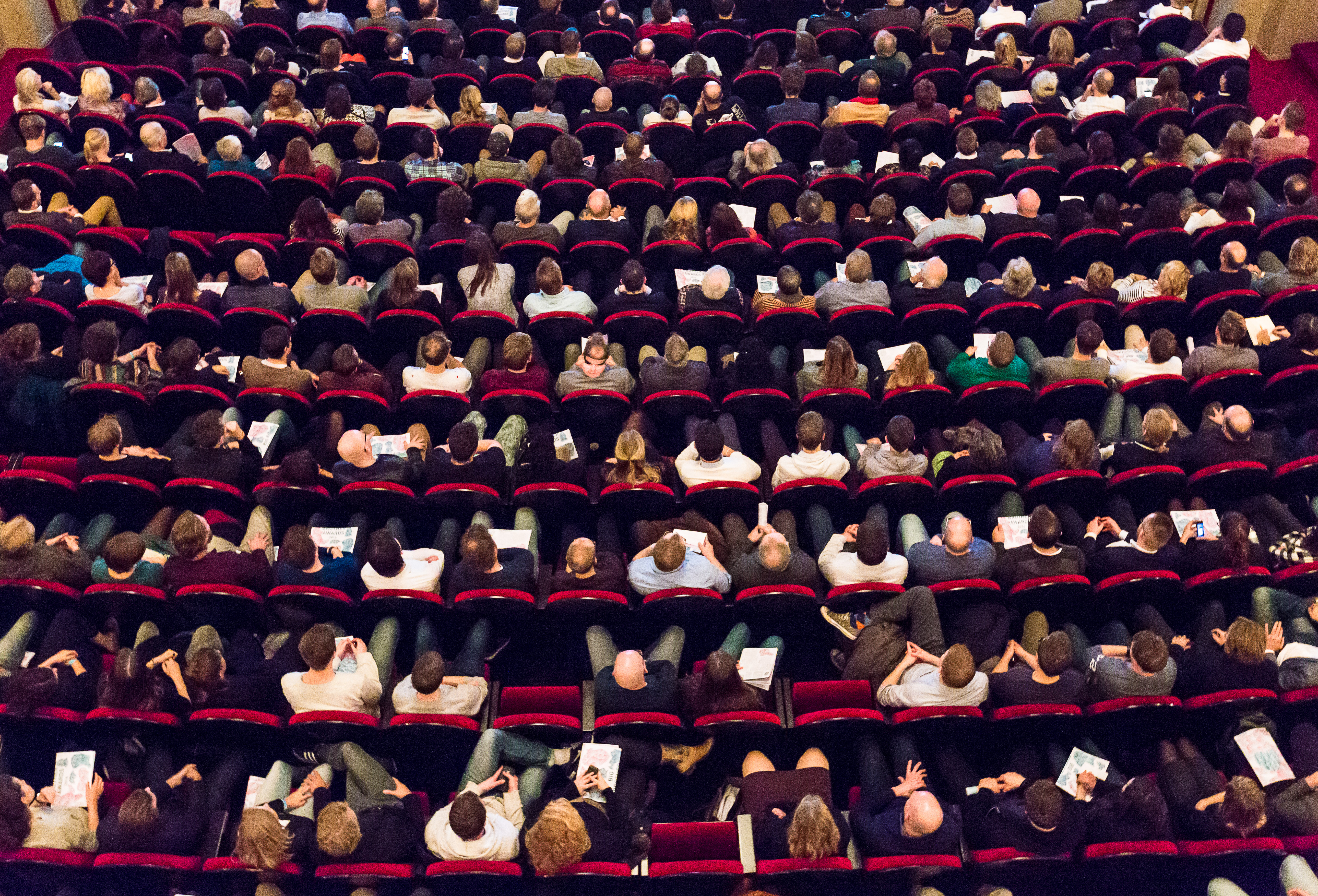 An anonymous country singer, the watchdog-walking service and the I-have-nothing-to-hide musical. These were just a few ingredients by theatre producers and performers Oscar Kocken and Daan Windhorst. Just add a crash course ‘Lying with charts’, a few tasteful awards, and you have a very funny and serious ceremony about privacy. Check out the video.

Which emotion did Bits of Freedom-director Hans de Zwart show when he narratedHans de Zwart's speech (in Dutch) about a world full of cameras that analyze faces and facial expressions? With the help of a set of websites and promotional videos, he showed what the current state of facial recognition technology is. Although its use is still limited, it will definitely expand largely during the years to come. Once that point is reached, another paragraph from Orwell’s 1984 will be realized.

Of course, an award show does not mean anything without the awards. Minister Schippers, of the Ministry of Health, Welfare, and Sport, received the award for her bill for the expansion of health insurance companies’ ability to obtain access to the medical files of patients in order to tackle fraud. For the public that nominated the minister, this is one of many cases in which the medical professional confidentiality is being crumbled. This time in order to reach a very limited result, too. Minister Schippers has stated that she did not have the time to personally come and accept the award. She did have a written response for the audience. In Dutch, from 1:15:17Chck the video with the Award for the Minister of Health, Welfare and Sport.

“Citizens are being labeled as potential risks, and are in fact preventively punished for actions they have not yet committed, on the basis of criteria and data that are unknown to them”

The experts presented their award to the municipality of RotterdamThe expert's nominations (in Dutch). Since 2006, municipalities have the legal means to refuse housing to “unemployed newcomers” in certain neighborhoods of the city. By now, fifteen municipalities turn out to consult the police on whether they are familiar with these people. Expert Bart the Koning about this nomination, “Citizens are being labeled as potential risks, and are in fact preventively punished for actions they have not yet committed, on the basis of criteria and data that are unknown to them”. The alderman responsible, alderman Schneider, did not come to accept the award, but also gave a written response. In Dutch, from 44:18.

The Felipe Rodriguez Award is the award Bits of Freedom presents to someone who has made an extraordinary contribution to the enhancement of privacy. This year, the award was presented to Open Whisper SystemsOpen Whisper Systems: the maker of the chat-app Signal and the protocol of the same name for end-to-end encryption. This enables users to communicate securely: only the receiver can decrypt the sender’s message. Making mass-surveillance impossible is Open Whisper System’s goal. Therefore, they even helped competing apps, such as WhatsApp, Facebook and Google’s Allo, with which suddenly over a billion people can communicate securely. During the beautiful acceptance speech by developer Lilia Kai, she urged those present to remain optimistic, “We cannot win a war against surveillance if we are losing a battle against ourselves.” This one is in English, from 1:34:25The English speech of Lilia Kai - Open Whisper Systems. And please, do read the full text of Lilia Kai’s speechLilia Kai's speech in text. 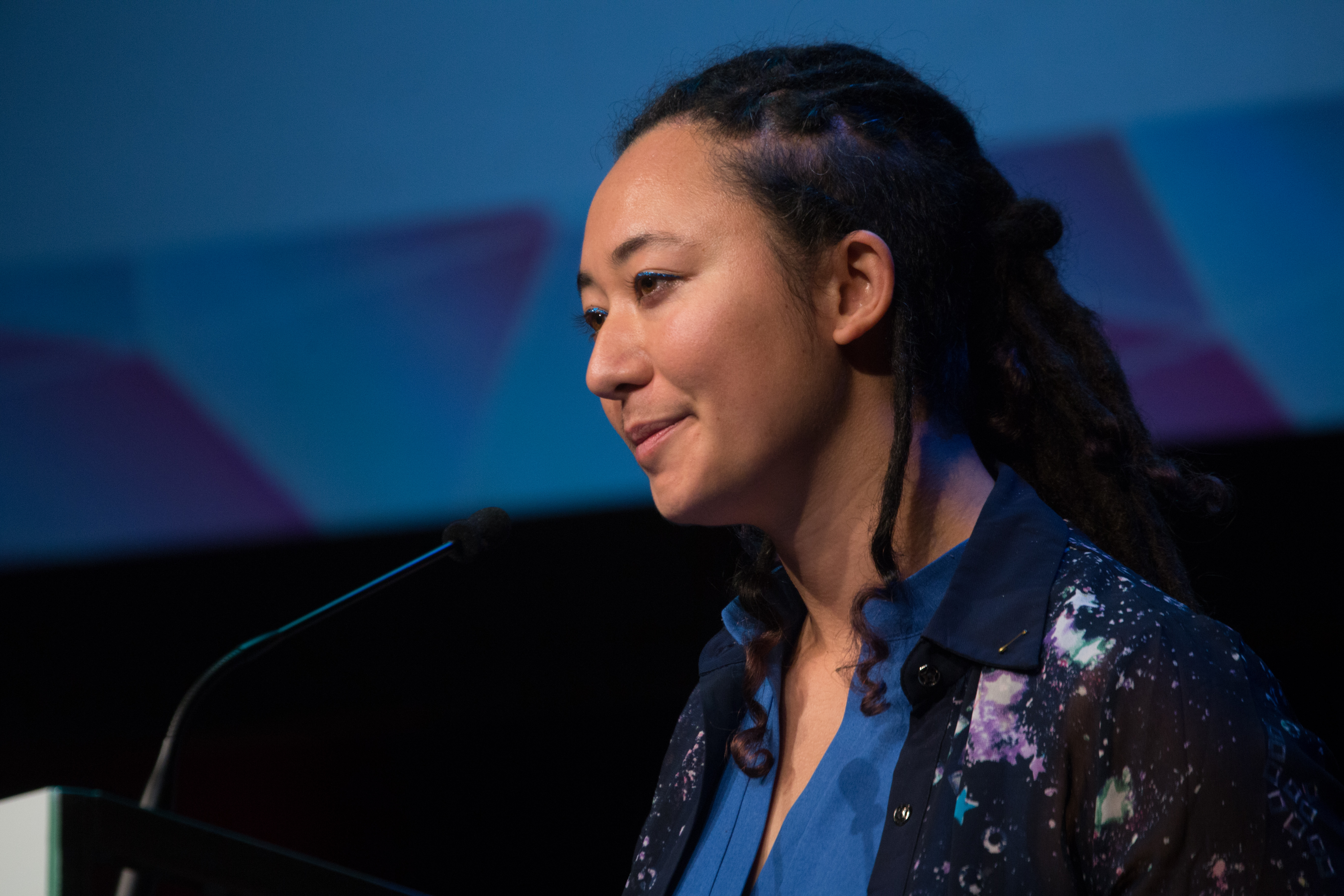 In the exhibition ‘Rendering Realities’About 'Rendering realities', that was part of the Big Brother Award. Leonardo Selvaggio’s work aims to undermine the system of facial recognition. The attendees of the award show were handed out a mask of his face. With this donation people can protect themselves. The exhibition was still for two more days, after which the Big Brother Awards were officially completed with the workshop ‘Hacking the chat bots’More about the workshop 'hacking the chat bots'.